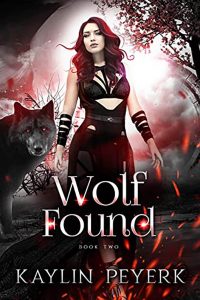 Because she’s also an omega, and omegas are meant to breed true alphas, not become them.

However, in the days that follow, Jayden can’t let the final words of her sister’s murderer go.

The princes will thank me for this.

Someone from the castle had her sister killed, and it will not go unpunished. In the shadows each night, Jayden slinks through Ellion with her new alpha power, looking for the person responsible for her sister’s murder. Yet, the more she uncovers, the more tangled the web becomes.

Will she succeed in divulging the whole truth before the final mating ceremony?

“Fine. I’ll tell you, but I’m speaking from experience with my brother, not about you.”

For the first time since they arrived, the other two triplets smiled, and then all of them were grinning at her. It felt like the sun had descended from the sky to blind her.

Felix chimed in too, nodding. “That’s a given.”

“Please, go on,” Kain urged, but he sounded decidedly more sarcastic than his brothers did.

She had a feeling that out of all of them; he was the one to watch. But she couldn’t be sure of it yet for she barely knew them. Now, here they were, in her private room. If she stepped back for a moment and looked at the situation from afar, one would call it surreal. A complete one-eighty from her old life of doing basically whatever she pleased to. . . Whatever this was.

For the ten thousandth time, Jayden wished her sister were still here. Wished she could get up right now, rush down the stairs, and burst into her sister’s private reception room where they would lie across the divan and laugh for hours. But if she went in there now, it would be empty, quiet, and topped with a layer of fine dust. Her whole body chilled at the thought, and she looked away again, fingers twisting.

“My brother is a good man, but no one would call him affectionate. From my experience, supreme alphas are emotionless, painfully intelligent, and coldly handsome. While he’s protective of me, and dotes on me every so often, it’s rare. When we were younger, he once told me he preferred objectivity over sentiment. He was sixteen at the time.” She pointed at the shirt. “This is the one thing he allowed me, but only after I begged.”

The three of them returned her stare coolly, contemplating her answer. Jayden didn’t want to be nervous about whatever way they took her words, but she couldn’t help herself. Her chest buzzed with agitation, enough of it that she rubbed one palm across her sternum. Kain zeroed in on the movement, eyes snapping to follow it. It was so predatory she immediately stopped, forcing herself to pick up her coffee cup instead.

The silence stretched for far too long.

All three alphas before her ate without pause, exchanging loaded glances Jayden could never hope to interpret. They couldn’t be angry, for they would have screamed by now. Perhaps they just didn’t know what to say in the face of such truth? She was about to open her mouth, about to ask, when Kain spoke. And given what came out of his mouth, she needn’t have been worried in the first place.

“Did you truly beg?”

Clearly, he had other things on the brain.

She scowled at him. “That’s what you focus on?”

He shrugged. “Yeah. I look at you, and I hear you talk, and I just cannot picture it. How about you guys?”

He turned to his brothers, brow raised.

“I don’t see it either,” Felix admitted, sounding regretful for it.

While it was obvious Kain enjoyed teasing her, pushing her buttons, Felix seemed to speak with authenticity. Saying the first thing on his mind with such aching honesty, it was hard to be angry about it. Ryn was a harder nut to crack. She watched him watch her as he sat back, arms crossed over his chest. It wasn’t hard to respect a man like him, either. He only spoke when it was imperative, and with a purpose that forced whoever was listening to lean in, hanging on his every word. Plus, it didn’t hurt that he had a voice like red velvet.

Are you. . . Beginning to like them? My alpha hissed in disapproval, rattling my ribcage in her anger. And along with that anger came the familiar feeling of guilt.

“She differs from other omegas. That is irrefutable.”

Well, at least that wasn’t insulting. She eyed him, lips pursed.

“I’ll take that as a compliment.”

He only nodded, eyes and expression never changing. Kain laughed as if it were all a grand joke, shaking his head.

“Well, shall we get down to business, then?” He asked.

Jayden nodded, sitting back and crossing one leg over the other. Of course, they came here with an ulterior motive. She hadn’t even entertained the idea of it being a visit for pleasure or the simple reason of getting to know their new bride. They didn’t step foot into this house when her sister was alive, so why would they do so now? It almost felt rude, but she pushed the reaction away, knowing it was laced with the burning rage still shimmering from her sister’s death.

“We came here today to inform you of what to expect over the next few weeks. The royal mating ceremony is six months away, leaving us with less than the ideal amount of time to make you into a proper lady.”

As if sensing her fury, Felix flinched, looking between his eldest triplet and her. He spoke before Kain could open his mouth again, trying to save the meeting.

“Well, what my brother intended to say is that your sister spent years training to become the next queen of Ellion. You have no such training. We would like you to move into a room at the castle so you can go to lessons. If that pleases you, of course.”

Jayden wanted to refuse right away, her mind going to how hard it would be to sneak away from the castle each night. It was already hard enough here with all the extra guards her father ordered to protect her. If she went to the palace, not only would there be royal guards with a far better sense of their surroundings, but her brother would be there. And there was no way she’d be out of the woods with him. She nibbled on her lower lip, eyes averted, not really knowing why she was hesitating. There was no choice to make here. But she could lay down a few conditions of her own, right? As the next queen, she had at least some pull.

“Can I ask for something in return?”

The room was silent for two heartbeats before Kain spoke up, just as soft. “What is it you wish for?”

Jayden wrung her hands together. “Well, I’d like some autonomy. I often leave this house to take photos of the city. If I’m not able to do that, I’m afraid I’d become unhappy.”

It was the perfect thing to say to the alphas—they responded to her plea immediately, all three of them leaning forward. Felix even nodded rather enthusiastically.
“Of course. We will make sure you can come and go from the castle as you please,” Kain replied.

She smiled. Other dominant omegas would feel guilt over using their beauty and raw charm to get what they desired, but Jayden never had. If she were born this way and was expected to mate with whatever suitable alphas her parents chose, there had to be at least some benefit to it. And one of those was charming the alphas around her into compliance. She’d done it with her brother, her father, and now the princes. Because if this world wanted to take advantage of her so often, she might as well grab it by the horns and make it her bitch when she could.

“Thank you so much. You’re too kind.”

While the other two seemed wholly convinced by her sweet words, Ryn narrowed his gaze. She stared back at him with a doe-eyed look, trying her best to be a wolf in sheep’s clothing. The look on his face didn’t change as he stood from the table, setting down his napkin. As if it were a unanimous decision to leave, the others rose as well.

“Well, now that it’s settled, we will see to the arrangements and have you move in by the end of the week,” Felix explained with a smile.

Kain nodded. “Yes. Have your servants begin the packing process now so that when the convoy comes to collect you, there is no dilly dally.”

She stared at him, trying not to laugh. Dilly dally? The way they spoke was rigid; regal, but rigid. And Jayden wondered if every royal in the castle talked with such grand phrases and words. She hoped not. If it were true, there was no way she’d ever fit in even if she got hundreds of hours of lessons under her belt. Never once had anyone in her life described her as stately.

They moved to the door, and she rose to show them out. Kain and Felix went first, followed by Ryn. But there was a small detail that still bothered her, scratching at the back of her mind.

Kain looked over his shoulder. “Yes, you may.”

Jayden shifted from foot to foot under that stare.

“I understand the urgency of moving into the castle, I do, but why did you three come here personally?”

She expected Kain to turn, to leer at her, but it was Ryn who spun on his heel, marching back toward her. At first, panic clawed up her throat and she couldn’t stop herself from trying to close the door in his face. Yet he kicked out, wedging his perfectly shined boot between the door and the frame. Jayden’s entire body trembled like a flower in a thunderstorm. His eyes burned against hers—oval shaped pupils having shrunk to half their normal size and glowing with an inner light she didn’t dare look away from.

Her mind screamed to stumble back, to look away, but this time he was the one charming her. Jayden was unable to move a muscle as his pheromones blew over her.

Her head swam as his golden irises consumed her. Peeling back Jayden’s skin to take a peek at every secret she’d ever kept. Her new, poor alpha thrashed against it but was no match for his cultivated power. Ryn leaned in, licking his lips, and she hated that her eyes followed the movement.

“We wanted to, that’s all, my little sorcia.”