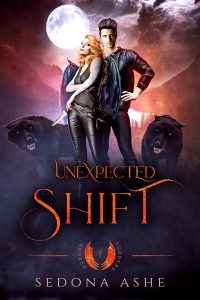 Apparently, I’m a Dragoness.
I knew I was worth more than minimum wage!
Suck it, haters.

When my parents were murdered in cold blood, life became a shock in more ways than one. Obviously, my parents were sheltering me, and for good reason. Not only am I a dragoness, but there’s also a slightly insane sounding prophesy. Something powerful has been asleep inside of me, lurking in the shadows. My spine is tingling, how about yours?

I’m supposed to save the world. But first, I have a score to settle. Oh, and to fulfill the prophecy, I’m supposed to take on a mate. Or… more accurately, mates. As in, more than one. My inner beast is super excited about taking on mates. Please don’t encourage her.

Werewolves, wizards, vampires, you name it, she’s down to claim ’em.

I may be new to being a dragon, but my parents didn’t leave me completely defenseless. They missed a prime opportunity; they should have named me Stabitha, because I can get very stabby, and I love my blades. Don’t make me mad, okay?

The Dragon Goddess series follows Tia as she learns who she is, how to control her powers, and collects her fated mates along the journey. This is a paranormal romance with werewolves, wizards, vampires…. and one blade loving, very sarcastic, dragon shifter! It will have a HEA…eventually.

I remained motionless as the two giant wolves crawled toward me. I probably should have felt terror and tried to scream or something, but their green eyes glittered with intelligence, and the wind softly playing in their chocolate brown coats mesmerized me.

The wolves bumped up against my knees, raising their massive heads so I was staring directly into their faces. I felt my body move, but I wasn’t in control. Gently, I put two fingers between the set of eyes on each of the identical wolves, and I felt my head tilt head back until I was staring at the sky. I was pretty sure I was going to be freaking out about this later. After all, no sane person would start touching two humongous wild wolves and then expose their neck to them. It felt like I was being guided by instinct.

The wolves moved forward and placed their heads on either side of my face and inhaled deeply behind my ears. In perfect harmony, they slid their snouts down my neck, pausing at the smooth skin above my collarbone. They stilled and then peered into my eyes, as if waiting on permission from me. I wasn’t sure for what, but I felt myself nod.

I closed my eyes, the wolves took one final deep sniff, and then they bit down. Hard.

Rather than feeling pain, a sense of comfort and love overwhelmed me.

When I fled my home, and the fire, and later ran sobbing alone through the forest, I didn’t think I would ever be able to feel safe again. Why was I feeling this way after being bitten by two giant wolves?

I must be going insane. I opened my eyes and was astonished at the soft buttery yellow glow enveloping us. Slight shock waves pulsed out from where we sat, and the ground trembled under us.

My eyes connected with the wolves once more, and an intense wave of energy came from me, slamming us to the ground, flattening grass, bending trees, and shaking houses in its wake. I lay panting on the earth as the power began to ebb from my body.

I was too exhausted to move, and I felt blackness taking over my vision. Right before passing out, I felt the two dark wolves crawl to either side of me and carefully shield my body. I was safe.