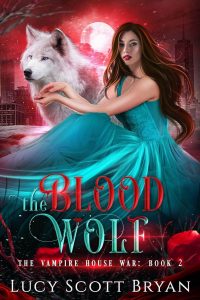 No connection to the past, nothing to hold me to the future, except what’s inside me. And what has been festering since I was unceremoniously dumped on the outskirts of town.

Revenge, and theft. Pure and simple.

I’ll coat every House red in blood if I need to. Before I steal back the hearts of Lucian and Remy. Before I beg my brother for forgiveness.

I’ll lie, deceive, and cheat every person on earth to get what I want.

The wind is relentless, whipping my hair around, flinging it into my eyes,  blinding me. Kylian speeding off was the start. Around me, the wind and weather changed as quickly as my life did.

Another sudden blast and the trees on the narrow street corner nearly bend in half, blowing me into the door. I wait anxiously in the shadows, the key poised in my hand, I triple check I haven’t been followed. It’s near impossible to hear anything over the howling wind. I don’t feel like I’m being followed, but I’ve been blindsided before.

A low rumble of thunder sounds in the distance, from the same direction I came. The sky flashes bright as long prongs of lightning dance across the deep green, grey clouds, clawing their way closer. Mother Nature followed me, sometimes jumping ahead of me, but a constant and angry companion. Despite the humidity, oppressive and unseasonal, she’s packing a punch as she smashes through perfectly manicured gardens, and rattles high security gates. She hides me, people too concerned with looking up at the sky, instead of paying attention to me clinging to the shadows. I needed her help to get here undetected. I’ll never complain about her fury again.

Someone a very long time ago thought it would be a smart idea to section this suburb into squares. There are no sweeping bends in the roads, no quaint circular parks, no roundabouts, just hard angles. A town planner’s foresight or failure? Essentially, they planned and built Oakbank into quadrants for the Houses. Calmet sits to the East, Duomo, like the wicked witches they are, to the West, Vespussi down the bottom and Filippe at the top. Then smack bang in the middle is another square, full of quaint terrace homes, churches, restaurants, and pocket parks all crammed into the space of a few blocks. And then in the very middle of that, apparently, is my new home. I’ll be hiding right under their noses. It’s either genius or arrogance that drove him to select this house, out of a whole city full of amazing property.

Another crack of lightning flashes the sky so bright it’s like someone turned on a light before we’re plunged back into darkness. A second later, a clap of thunder shakes the ground before the heavens open up. And that is my signal to make the final, most difficult step.

The thunder continues to angrily vibrate the windows of the house. In the distance dogs bark, children start wailing, all of which doesn’t help my nerves. My hand shakes so hard I scratch the brass lock as I try to unlock it. Using two hands, I finally manage to free the door. It opens and another gust of wind blows me inside before the wind creates a vacuum, causing the door to slam behind me.

I try not to move or make a sound. The house is pitch black, like something sucked all the light out. I go to shuffle backwards using my hands to find a corner to hide in. Before I can move a muscle, I’m attacked.