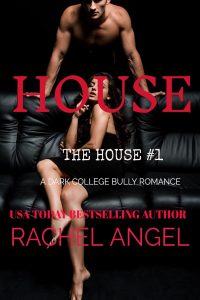 It was his last will and testament.

For one week, four of us was to live together. Play nice to each other like we used to when we were kids.

Seb, Thomas, Ashford and me.

Three of Mr. Keystone’s sons and me, the maid’s daughter.

All those years, the three sons bullied and ridiculed me because I was the maid’s daughter.

So, why was I back? Why did I cared to be in the same house as those three tormentors?

Because I was in Mr. Keystone’s will.

He had always been kind to me, even if his sons weren’t, so I could only honor his wishes. And he was like a father to me, and didn’t treat me like the maid’s daughter. But as soon as I could, I left to go to college. Two years ago. Meanwhile, the boys went their separate ways, too. Estranged from each other.

So why was I here having to live in the same house with his sons for a week?

I don’t know, but I’m about to find out, even if it meant my old adolescent feelings for all three of them might surface again. And if being in the mansion we called a house together might jog some memories of the wild nights we’ve had here.

It’s just one week. I could survive that. Or could I?